We offer a comprehensive cine film duplication service. Based in Kidlington Oxfordshire UK, we are the leading conversion specialists that are recommended by Oxfordshire County Council, PACE, B4 Business, Sobell House and Nightshift 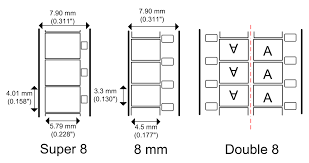 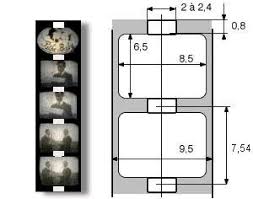 Super 8 and Standard 8 cine film measure 8mm across the width.  Usually most consumer cine will be a mixture of the both. In 1932 the Eastman Kodak company released the Cine Kodak Eight which used Regular 8mm film (also known as standard 8mm film). Regular 8mm film is similar to 16mm film except that it is only 8mm wide and only has sprocket holes on one side whereas silent 16mm film has sprocket holes on both sides. Super 8mm film came later as a technical innovation. The sprocket holes were made narrower so the frame size of the film could be larger, thus increasing image quality and sharpness.

9.5 mm film is a format used mainly by amateurs and was manufactured in 1922 by Pathé Frères as part of the Pathé Baby system. It was a budget film format with the aim of providing copies of commercially made film to home users. Shortly afterwards, a 9.5mm cine camera was manufactured. 9.5mm cine film became popular in the 1920's and was available initially in black & white and then in colour.

OTHER SERVICES WE OFFER

The VHS format is not only out of style, it’s out of date – it’s getting harder and harder to find a VCR in someone’s home, much less on the shelf at Best Buy. Tapes get chewed up, the film gets ripped out by the VCR, and even in perfect condition they only last about 20 years!

We handle convert a wide range of professional video tapes. These can be encoded to most codecs suitable for your archival requirements.